How to Unlock your Brain for High Energy Goal Setting 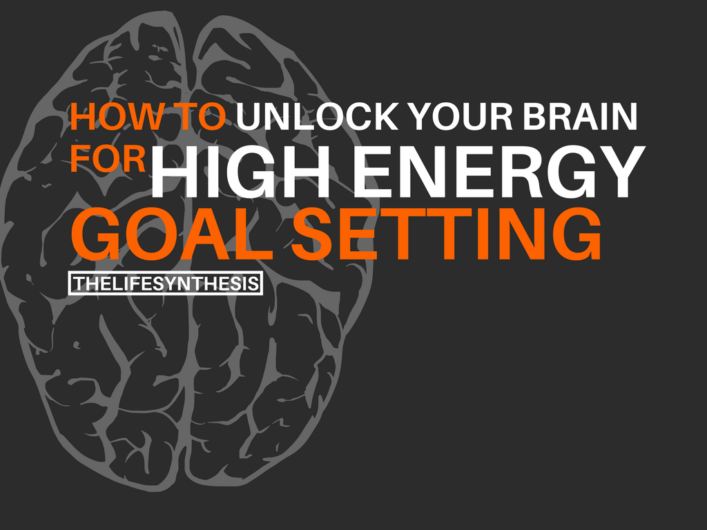 This post contains affiliate links, which means I may earn a commission at no extra cost to you. Read full disclosure here.

Goal setting is the same as saying “things I want to accomplish”, and when it comes to goal setting, there more and less effective ways of going about it.

When I speak to someone who doesn’t utilize the power of their brain for accomplishment, I think

Either way, I’m here to show you why your brain might hold the secrets you’ve been looking for. Prepare to go from regular to rockstar in three simple steps.

Imagine that you’re on your way to a job interview. You wouldn’t show up underdressed would you?

When it comes to acing an interview, the easiest thing you can do is make sure you look appropriate. It would be silly to focus on everything else, and then show up looking like a scmuck!

But when you go after serious accomplishment and embrace goal setting without starting in the brain, you end up turning yourself into just that.

So much of the already popular goal setting techniques and information show you how to harness the tremendous power your conscious-self has.

But there is not enough talk of goal setting on a physiological level.

The fact is goal setting can be broken down into four main categories: vision, motivation, action, and establishment.

Our brains happen to be heavily involved in all four areas. Still not convinced?

All things require fuel to move. The fuel we use for goal setting is motivation.

Motivation is heavily influenced by dopamine

You decided to go after that big change in your life, but one morning you woke up and “just didn’t feel like it”.

You had a strong why, you connected this goal to something deeply emotional, AND you understood the steps you need to take to accomplish it. So why isn’t it working?

You cannot make something work without the motivation to do it. Any broken record can tell us how important dopamine is to your motivation levels.

Dopamine makes you want, or not want to do things. Plain and simple.

If you decide to do something and achieve it with flying colors, your dopamine levels increase. Your brain then makes you want to experience that pleasure again because it was a pleasurable experience, so it increases your focus, energy and overall desire to keep going.

Already we can see that if you are not going after your brain when goal setting, it’s probably working against you.

Dopamine is punishing you when you fail. Do you really learn from failure? Not physiologically.

When you fail to achieve what you put down on that goal setting worksheet, your brain does not record or see the experience the same as when you are victorious.

When you fail, you are less likely to remember the experience positively, your brain is not flooding you with dopamine, and your brain’s wires do not allow you to learn from the experience like they would when you succeeded.

After a success (big or small) the brain lets a “good job” message linger there. This creates a response in your brain that makes you more likely to be successful in the future when performing the same, or similar activities.

So it’s actually NOT about fail until you make it. Failure can be catastrophic to the goal-setting process and leave you with no motivation at all…

Luckily there is a solution!

It is important to register as much success as possible in the goal-setting process. This does everything for you and requires almost nothing from you.

Something to remember: Success, big or small, is all the same to your brain.

Fun Fact: if you want to experience dopamine in real time, create a small, easy, to do list, and pay close attention to the change in your feelings and mood as you *tick* them off your list.

2. Your brain on Goal Setting

The conscious and unconscious parts of behaving differently.

When you first set your goals, you think about

The brain is not against you, its a machine that never turns off, so if you are not guiding it…well, just imagine that scene in Fight Club where Tyler Durden takes his hands off the wheel.

When you succeed brain rewards you. When you fail, you get nothing and more on the side of actually losing something.

Remember how a piece of your brain applies ownership to the goals you set? The brain also happens to be needy and doesn’t like to share. So when it feels as though it’s lost something, it revolts, making you feel not-so-good.

These are the endowment and loss-aversion biases.

Silly huh? But it comes with serious effects on your goal setting

Your brain thinks you own the goal.

When you attempt steps in this goal, or the goal in its entirety, and fail, your brain not only applies all the negative effects of failure, but also feels as though it’s lost something it owned, causing you to feel depressed, unhappy, and experiencing the anxiety and fear normally associated with difficult goal setting.

HOWEVER, (not only gray skies) now that you have this knowledge, you can use your brain for your purposes, instead of letting it run wild and work on its own.

When you succeed in your attempts, your brain will not only reward you with that dopamine, but it will also see your goal as something it previously owned and now possesses more of.

REMEMBER: When you fail, your brain makes you more likely to fail again. The same for success. Get those successes in, no matter how small the objectives need to get in order to make that happen. Failure is not the end, but be smart and avoid it.

So your brain is not something evil trying to thwart you at every turn, and simply having the knowledge about how it works is enough to take your goal setting and turn you professional.

3. Goal setting, the brain, and habits

The best mental switch that we can make is to understand how wide the range is for something to be considered a habit.

That version of you thinks, behaves, speaks, listens, thinks and does a certain way. Become that person. These are the goals we are setting. Small achievements on the road to becoming exactly who we want to be.

When that happens, your goals will have become your normal behavior: habits.

Neurotransmitters in your brain help you form habits easily by harnessing the unlimited power of small victories and consistency.

We know eventually water wears away the stone, but how does consistency pressure and application work in our brains?

Take that goal and break it down into a series of behaviors you need to make habitual, then apply those behaviors in small amounts every day.

You can piggyback them on a behavior you already have set

Or you can make it part of our daily routine, by having that smoothie the same time each morning

The idea that our brains have so much pull and influence us can be daunting but it doesn’t need to be scary.

The brain is designed for the success of the organism, which is a natural way of referring to us humans (even though we’re people)!

The idea that it is some evil entity making things more difficult only exists for those who lack the knowledge on how to use it properly.

Now that you know, your brain will become your best friend and greatest ally in your journey to better yourself.

Remembering that goal setting starts in the brain, is the first step to becoming unstoppable. 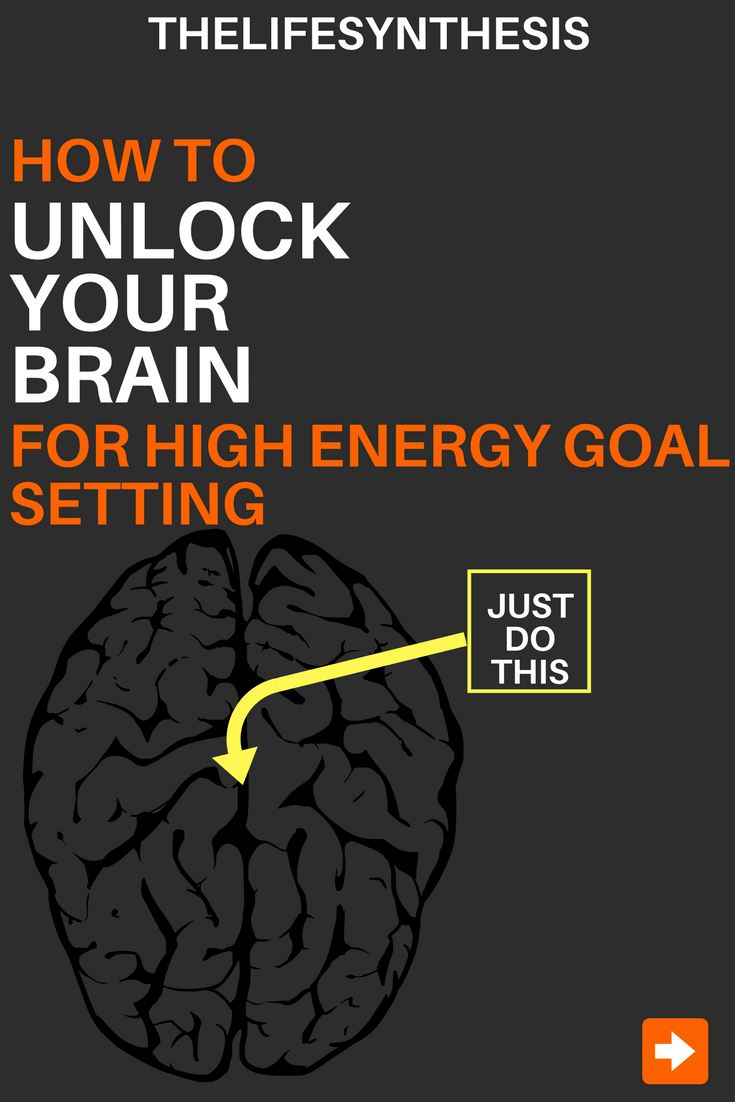 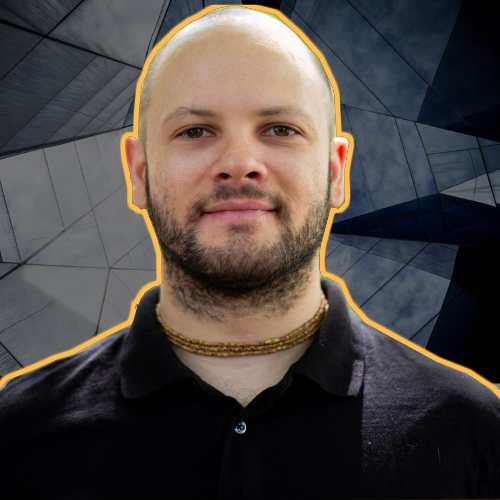 145 Mary Morrissey quotes to help you Build your Dream Life
9 Stupid Simple Online Business Checklists (so you can get started right now!)
7 Musts For How To Get Out Of A Rut
How to Stop Procrastinating and Make Starting Harmless
Saying No: The Strong And Guilt Free Way
How to be Unstoppable with this 60 Second Motivation Video
How To Embrace Your Unique List Of Skills In Life
The Best Answer to “What Should I Do with My Life?”
How to Live a Happier Life in Under a Minute
How To Get Automatic Results With Implementation Intentions